One of the UK’s leading winter maintenance company, Ice Watch has taken delivery of more than 3,000 tonnes of salt in preparation for the upcoming season, which it predicts... 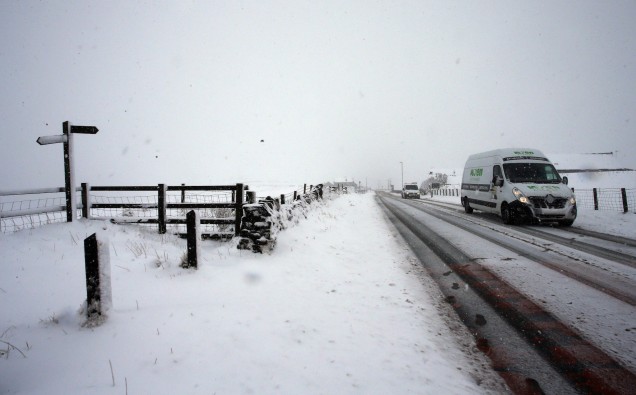 One of the UK’s leading winter maintenance company, Ice Watch has taken delivery of more than 3,000 tonnes of salt in preparation for the upcoming season, which it predicts will be the company’s busiest season yet.

Part of the idverde Group, Ice Watch is the only gritting, snow clearance and winter maintenance services company in the UK with a full-time in-house meteorologist.  By analysing data from weather forecasting partner MeteoGroup, who also supply forecasts to the BBC and hundreds of government agencies worldwide, Ice Watch is able to provide an efficient, effective and highly responsive service.

Using state-of-the-art systems Ice Watch’s live weather radar feeds allow the team to calculate when and where the snow and ice are likely to appear. The experts then apply the findings to the localised settings at more than 1,200 sites, across mainland Britain. With over 100 gritting teams nationwide and with £10m public liability insurance, Ice Watch has the ability to service any size of site.

Ice Watch meteorologist, Timo Strom says: “When you look at winters that follow similar summers to 2020, there’s an increased chance of higher pressure over the Arctic bringing cooler Arctic air.  This would bring cold weather to the UK and businesses need to be prepared.”

So much so, the winter maintenance expert has invested in its salt supply and delivery logistics, improving customer service capability by 30%.

Timo adds: “We are heading into a negative phase of ENSO (El Niño–Southern Oscillation) called La Niña. During November and December, the Met Office says La Niña can lead to an increase in northerly/north-westerly winds which would bring colder conditions to Northern England and Scotland, and the increased chance of snow, sleet and ice.”

With out-of-hours gritting and snow clearance, Ice Watch customers can be confident about the conditions their premises will be in whatever the winter weather throws at them.  Spanning the public and private sector, Ice Watch’s diverse portfolio includes North Staffordshire Combined Healthcare NHS Trust, the Metropolitan Police and private sector businesses such as Savills.

Every customer can also rest assured that idverde’s snow operations are extremely environmentally conscious.  Travelling miles are kept to a minimum by locating all Ice Watch operators and equipment less than 10 miles from the sites they look after. All equipment is calibrated to ensure the optimum amount of de-icing salt is used in order to reduce waste of resources and budgets.  What is more, all equipment used has been specially designed to protect walkways and paths without damaging grass verges, flora and fauna; for peace of mind that Ice watch will ensure safe communal spaces for nature to thrive throughout the winter months.