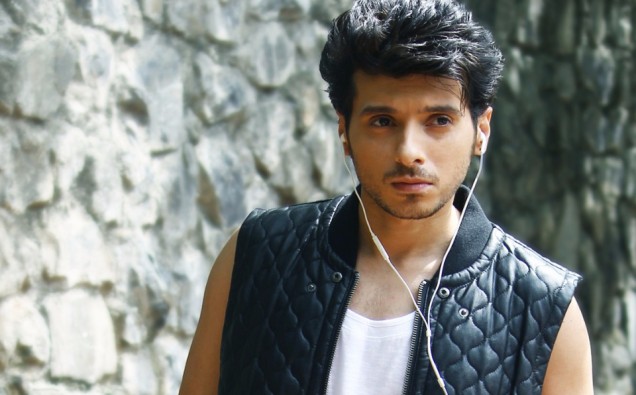 Honestly I’m not sure where the idea came from because I entered the project as an actor at a much later stage where they approached me for the role. I just read the character description and found it really original. There are so many layers to each character and the script very intelligently written and wholesome in my opinion.

The name of the character I play is Muna, who’s a small-town boy and his father’s only son. His family practically run the town’s proceedings and are involved in different business of drugs and weapons distribution, under the cover of their carpet exportation empire. Muna has received all the luxuries of a privileged upbringing. However, what stands out about him are his complexities as a character, his insecurities and violent outbursts, coupled with his sensitive nature highlight him as someone who’s searching for himself in many ways.

I believe the most appealing part of Mirzapur is the way it’s been written. I think the storyline is just fantastic and beautifully done. All of the characters and the respective situations they find themselves in play out mind-blowingly. So that, along with the character of Muna, personally drew me into the project, especially since I haven’t played a character as dark and intense as him before.

Yes, definitely. The rest of the cast are all lovely people and nice to work with so I really enjoyed myself on set. I believe that if you have good actors around you then that makes your job easier. The directors I think, also had the right kind of temperament to make a series such as Mirzapur, they gave every cast member a freedom to express themselves within the limitations of his or her character. They were always very open adding and subtracting segments of the script, so the whole filming process was very easy to shoot.

I think in the past the Indian audience has been really broad-minded in terms of accepting content. I believe that they really get the bigger picture. For an Asian web-series or programme I think it’s really important for it to be grounded in its own culture. That’s why I support Mirzapur; it’s the story of India and I think it will be able to really touch the people because it’s so personal and real.

Most of the scenes my fellow cast members and myself acted in ourselves. As well as action there are a lot of gory scenes as well so we’ve made it very realistic for viewers. Both of these concepts add to the authenticity of how the story’s told.

I think for me the most difficult scenes to shoot are the emotional ones because they really can get to your head. I’m not allowed to share too much but in one of the episodes there’s a scene between my character Muna and his best friend which is so realistically done that it’s disturbing and took me a while to come out of. It’s definitely going to be one of the best scenes in the whole series that audiences can look forward to.

I think I’m expecting a huge amount of success. I want people to go crazy over Mirzapur and the characters. I want them to talk about it with everyone they know. I think so far the reactions to the series trailers have been very good overall. People seem genuinely interested in wanting to know more about the story and the characters themselves. So I’m naturally expecting an even greater response when the episodes start being released as well.

I think Mirzapur definitely relates to our culture and political setting. I believe that with any country state you enter, there’s always people who believe in violence or corruption, which produce similar narratives. I think that more than anything Mirzapur represents human nature, the storyline will feature instances of sorrow, bloodshed, love and laughter. The plot synopsis is a type of hyper-realism which pushes character boundaries, so a lot of people will be able to connect with it.

The series is coming out on the 16th of November on Amazon Prime. I’m not sure if there will be a second or third series because that will be down to the producers and the viewing platform Amazon itself as it’s their intellectual property and it all depends on how people will react to the show. However, I am looking forward to the release of this first season and I really do want people to watch it and I can’t wait for their reactions.