Edgbaston Stadium celebrated the return of the Ramadan Midnight Cricket League by staging an Iftar that brought together local cricketers, coaches and Club staff to enjoy the community spirit... 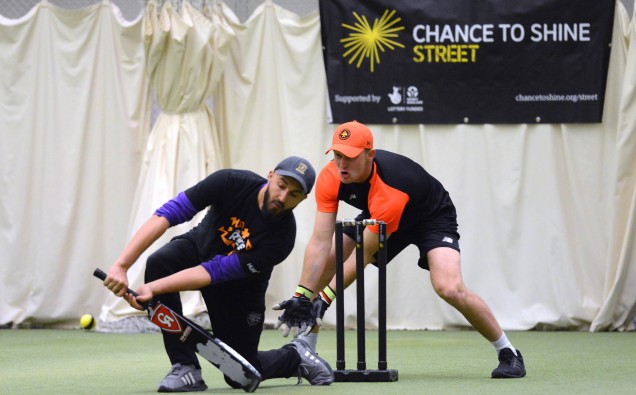 Edgbaston Stadium celebrated the return of the Ramadan Midnight Cricket League by staging an Iftar that brought together local cricketers, coaches and Club staff to enjoy the community spirit of Ramadan before the cricket got underway.

The Ramadan Midnight Cricket League was developed through the Warwickshire Cricket Board’s (WCB) Chance to Shine Street Programme in 2021 with free sessions for 16–24-year-olds taking place 10pm-midnight every Tuesday and Thursday at the Edgbaston Cricket Centre.

Stuart Cain, Chief Executive of Edgbaston, said: “The youngsters here tonight have been fasting for around 16 hours, so playing the game during normal daytime hours isn’t possible. They’re so passionate about the game, so we want to create a safe space to enjoy the game after Iftar. We’ve extended the opening times of the Edgbaston Cricket Centre to midnight, invested in local coaches to deliver the sessions and provide travel to and from players’ homes.

“We are constantly striving to make cricket and Edgbaston as accessible to everyone as possible, so we need to think differently about the programmes that we run. The Ramadan Midnight League is a great example of this, and it has been great to build on last year’s launch. We plan to make it even bigger each year.”

The recent session saw Cain and several other staff take part in a day of fasting before breaking it together with food at the Edgbaston Cricket Centre.

The sessions will run over three weeks until Eid al-Fitr, which will be celebrated at Edgbaston with prayers for 2,000 worshippers planned to be staged on the Colts (training) Ground through a community partnership with Green Lane Masjid.

Buckinghamshire Man Running over 375km during Ramadan to Raise Money for Charity!

GET EID READY WITH ASDA!