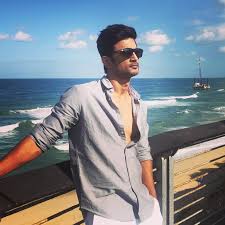 The actor reportedly committed suicide at his residence in Mumbai, and his help informed the police about the suicide. As per initial reports, there were some friends at his Bandra house on Saturday. However, the matter is still being investigated and the exact cause of his suicide is still unknown.

Initial reports suggest Rajput was suffering from depression for the past few months, though police has not confirmed it so far. Reports say the actor went to bed really late, and that the house help came to know about the incident in morning.

Sushant Singh Rajput was just 34. He started his Bollywood career with Kai Po Che! and was last seen in Chhichhore. Both these pictures were widely hit.

“I met him just before the lockdown. Shocked,” says Kunal Kohli.

“Why end such a young and beautiful life that too suicide??!! So so heartbroken,” says Aftab Shivdasani.

“Blurred past evaporating from teardrops

And a fleeting life,

negotiating between the two…”

This is a developing story