Report reveals Myanmar mobile operator Mytel is fuelling state corruption and aiding and abetting the international crimes of the military, supported by a global network of businesses

A detailed investigation into the Myanmar military’s involvement in the information and communications technology sector, launched today, has uncovered a web of cronyism and corruption. The report raises significant... 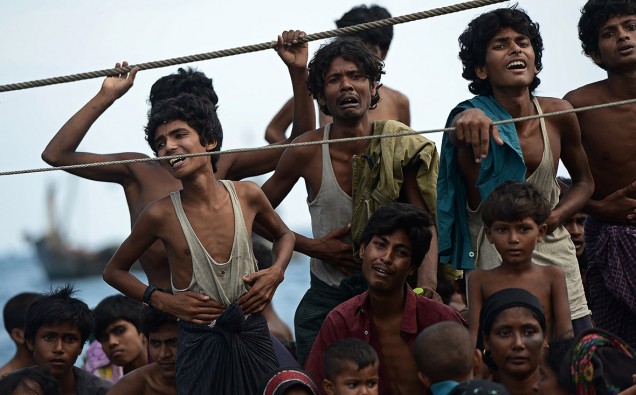 A detailed investigation into the Myanmar military’s involvement in the information and communications technology sector, launched today, has uncovered a web of cronyism and corruption. The report raises significant human rights concerns over the Myanmar military’s surveillance of civilians, as well as access to funds and technologies that aid international crimes. Furthermore, the involvement of international businesses of repute with Mytel calls into question their role in enabling the Myanmar military to continue to carry out war crimes and crimes against humanity.

The Myanmar public owns a 28% share in Mytel, which was created by the civilian government. However, the shares are managed through Star High Co. Ltd., a privately registered company that is a subsidiary of secretive military conglomerate Myanmar Economic Corporation (MEC). Justice For Myanmar’s report has uncovered misappropriation of the public’s interest and a dangerous lack of transparency.

Moreover, the biggest shareholder in Mytel – Myanmar’s fourth mobile operator – is a foreign military power, posing a risk to national security. Military Industry and Telecoms Group (Viettel) is owned by Vietnam’s Ministry of National Defence. Viettel builds and maintains Mytel towers in military bases in Myanmar, including in ethnic areas where there is ongoing civil war. It also operates and maintains fibre optic routes belonging to the Directorate of Signals of the Myanmar army, an illicit misuse of public assets.

Justice For Myanmar spokesperson Yadanar Maung says: “Mytel is a product of Myanmar’s corrupt democratic transition, managed by the Myanmar military to safeguard its power, privilege and impunity. The Myanmar military has put our national security at risk by giving Vietnamese military entities access to civilian and military infrastructure and our personal data, which is collected on a mass scale through Mytel. This violates basic rights to privacy and contradicts the military’s claim to ‘perpetuate national sovereignty’. Profits from the government’s share of Mytel belong to the people of Myanmar. Despicably, they are being stolen while the people are deprived of their basic needs such as healthcare and jobs. Mytel was created by the civilian government. It is the responsibility of the civilian government and parliament to hold the military to account for its corruption and to recover and return stolen assets to the people. Until then, we call on the people of Myanmar to boycott Mytel.”

The report includes evidence of Mytel’s internal operations, a result of a data breach in which Viettel Construction Myanmar inadvertently published internal files online. Key documents are being made public to accompany the report.

Yadanar Maung adds: “Mytel and Viettel aid and abet the Myanmar military’s continuing war crimes and crimes against humanity. The military indiscriminately kills, rapes, tortures, destroys homes and forces ethnic and religious minorities to flee. These crimes are enabled by off-budget revenue from Mytel and the military’s other businesses, as well as their access to technology and training from Mytel, Viettel and allied companies.”

The military has gained access to dangerous satellite technology through its control of the state satellite oversight committee, created by the NLD-led government. In 2019, ArianeSpace (France) launched an Intelsat (Luxembourg/UK) satellite with the Myanmarsat-2 payload, built by Maxar Technologies (USA). In 2021, Japan’s space agency JAXA will launch a microsatellite for Myanmar, with the support of Tohoku and Hokkaido universities. There is a high risk that these satellites will be used for military purposes and contribute to further inflame civil war in Myanmar in which war crimes and crimes against humanity continue to be committed.

Justice For Myanmar calls for all businesses to cut direct and indirect ties with Mytel until the Myanmar military is under civilian control, divested from the economy and held accountable for its human rights crimes.

Yadanar Maung says: “Well-known international businesses are supporting crimes against humanity and war crimes committed by the Myanmar military through loans and the supply of tech and services to Mytel and Viettel. Their businesses profit war criminals in Myanmar financially and contribute to the suffering of the people of Myanmar, especially ethnic civilian populations. Justice For Myanmar calls on all businesses to end their relationships with Mytel and all other Myanmar military-owned entities. We call on international governments to impose targeted sanctions against the Myanmar military leadership and its businesses. International governments have a responsibility to investigate and end any complicity of companies in their territory to human rights violations in Myanmar.”