A Counter Terrorism Department (CTD) officer entered the National Institute of Cardiovascular Hospital and Cardiovascular Diseases (NICVD) Hospital in Karachi and shot dead a doctor on duty. The injured... 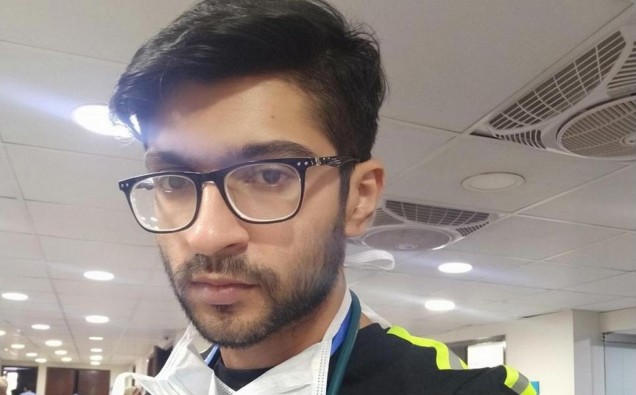 The injured doctor’s name is Fahad who is 28 years old. Dr. Fahd was shot in the left leg above the knee.

Dr. Fahad’s senior and in-charge of emergency at NICVD, Dr. Zahid, told Independent Urdu that Dr. Fahad’s condition is out of danger.

Immediately after the shooting, steps were taken to stop his bleeding, but by then he had bled profusely. However, Dr Fahad was admitted to the Aga Khan Hospital on National Stadium Road in Karachi, where he is still admitted.

The CTD officer who shot him was identified as Kamran, who also came to the NICVD hospital, however Dr Prakash was on duty in the emergency room at the time.

That night, Kamran had a bitter argument with Dr. Prakash, after which the officer threatened to come the next day and left.

Explaining the reason for the bitter rhetoric, Dr. Zahid, in-charge of emergency at NICVD, said: There is a cardiology hospital and at that time this officer did not have any heart problem.

Dr. Prakash refused because it is illegal to give drugs or injections to such a person. It is used for medical purposes only. I know Prakash very well; he is a very cool minded boy and usually does not argue with anyone.

Officers Kamran returned the next day but Dr. Fahad was on duty instead of Dr. Prakash.

Dr. Fahad fellow doctor, who was in the emergency room at the time of the accident that night, described the scene on condition of anonymity.

“Last night a policeman came to the emergency room and asked the staff where the doctor who was on duty yesterday was,” he said. The staff then told him that the doctors of yesterday were not present today but were replaced by Dr. Fahad.

Dr Fahad’s fellow doctor added: “After being shot, Fahad tried to get up from his seat and run away, but the CTD officer told him, ‘I see where he runs away.’

“After the second shot, Dr. Fahad fell to the ground but got up and tried to go to the bathroom,” he said. After doing this, the policeman kept saying bad things about the doctors for a long time and threatened us that if we call 15 and tell all this, nothing will happen to him. He said this for about fifteen minutes and then he left.

According to Dr. Fahd’s colleague, all the doctors in the emergency room at that time tried to stop Dr. Fahad bleeding with a bandage, but he had lost a lot of blood due to the bullet.

According to fellow doctors, the officer had reached Jinnah Hospital behind him but was apprehended by the police there.

However, regarding the matter, SSP South Shiraz Nazir said that the case has been registered under the provisions of attempted murder in the complaint of the injured doctor at the President’s Police Station.

In a statement to the police during the interrogation, the CTD official said, “I was in a very bad condition. I came to the hospital in an emergency.

“Dr. Prakash insulted me and I went back, but as I was leaving, I threatened the doctor that I would not come and release him tomorrow.”

“I wanted to punish the doctors for their indifference,” he said in a statement. That’s why he left the house with five bullets.

Dr Zahid, in-charge of emergency at NICVD, alleged that it was common for doctors to come to the hospital at night and ask them to inject them with sleeping pills and drugs.

5 REASONS TO REGAIN CONTROL OF YOUR POSTURE