On the evening of 31st March at around 7 pm, the Burma Army killed a Karen community leader who was shopping for food along with other villagers. He had... 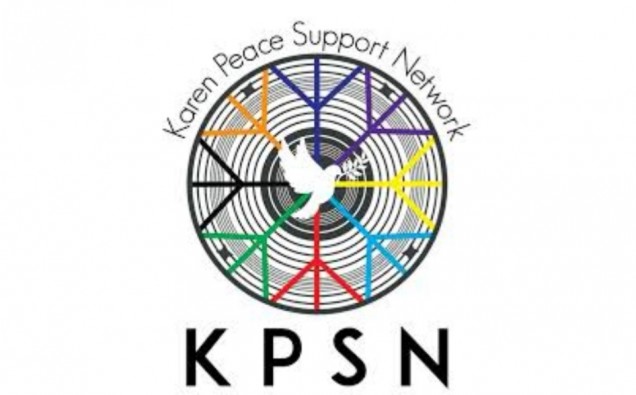 On the evening of 31st March at around 7 pm, the Burma Army killed a Karen community leader who was shopping for food along with other villagers. He had previously gathered community members to buy and provide supplies to Internally Displaced People (IDPs) who had fled due to attacks by the Burma military.

Saw Thet Mee was 45 years old, married and had children. He was from Htee Baw Kee village, Saw Mu Plaw village tract, Luthaw township, Mutraw district, Kawthoolei (Karen State). He was crossing a road at Saw Mu Plaw with other villagers returning home with food, when a Burma Army soldier opened fire on them.

This is not the first instance of the Burma Army killing civilian villagers in what is supposed to be a ceasefire area. On April 5th 2018, Karen environmental activist Saw O Moo was shot and killed by Burma Army soldiers. There have been hundreds of other instances of the Burma Army breaking the ceasefire.

In conflict zones in Kawthoolei, road building doesn’t bring development, it brings death and poverty. Villagers can be cut off from their fields, from nearby villages they trade with, and from access to healthcare and education. This is because it is too dangerous to cross roads. New roads allow the Burma Army to access areas it was previously unable to, increasing the risk of human rights violations against local people.

At a time when everyone needs to work together to fight the coronavirus pandemic, the government of Burma and the Burma Army seem to see the global focus on the pandemic as an opportunity to step up their agenda of repression, especially against ethnic people.

While ethnic armed organisations call for an immediate nationwide ceasefire, in line with calls from the United Nations General Secretary, the Burma military continues its operations and killing innocent civilians because of their ethnicity. Journalists who report on conflict in ethnic states are being arrested and ethnic media organisations’ websites, including Karen News, are being blocked by Aung San Suu Kyi’s government, the first time this type of censorship has been imposed since being lifted nine years ago.

It may be easy for the killing of Saw Thet Mee to be dismissed by the international community as a sad but all too common event in Burma, but it represents more than that. It is a result of decades of inaction by the international community over the killings of ethnic people in Burma. The military knows they can kill our people without facing consequences.

International donors are continuing to lavish funds on the military-led, so-called peace process despite conflict and human rights violations across Burma increasing as a result of Burma Army aggression.

International companies continue to do business with the military, helping to fund them, without international sanctions.

At the same time as the international community fund our oppressors,most of the international donors, who never provided enough aid even for basic food, shelter, education and medical care for refugees and IDPs, have been cutting funding for victims of conflict and human rights violations by the Burma Army, leaving them even more vulnerable to the impacts of COVID-19.

Until the international community force the military and the government to pay a price for killing and oppressing our people, they will continue to do so. So far, they have paid no price.

We have made this point before and we make it again. If a Burma Army soldier had taken out his rifle and shot dead a father and husband while shopping in Yangon, would we see the same silence and inaction as we see when a father and husband is killed in an ethnic state?

Saw Thet Mee worked to help his community and he will not be forgotten.

Muslim prayers to be broadcast on BBC Local Radio from tomorrow

CORONAVIRUS: NEW RULES ON STAYING AT HOME AND AWAY FROM OTHERS