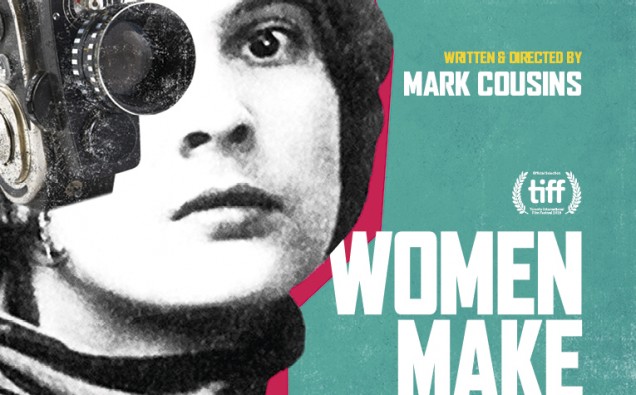 Five years in the making, this bold follow-up to Mark Cousins’ The Story of Film: An Odyssey uses hundreds of clips from films directed by women to show how movies are made. Presented in thematic chapters, Women Make Film: A New Road Movie Through Cinema looks at how a great opening shot is done, how to frame an image, how to introduce a character, how to film sex, dance and death, how work and love are portrayed in cinema, and how the genres such as comedy, melodrama and sci-fi work.

Many famous female directors are included, but so are scores of forgotten women from every period in film history and from five continents. Women Make Film is a revealing eye-opener, a celebration of the art and craft of cinema, and a j’accuse to film history.

Women Make Film is now released by the BFI on Blu-ray in a 4-disc set with additional features. It has also been released on BFI Player’s Subscription service in five episodes; one uploaded each week from 18 May – 15 June 2020.