‘Noor, a true story of Liberté’ 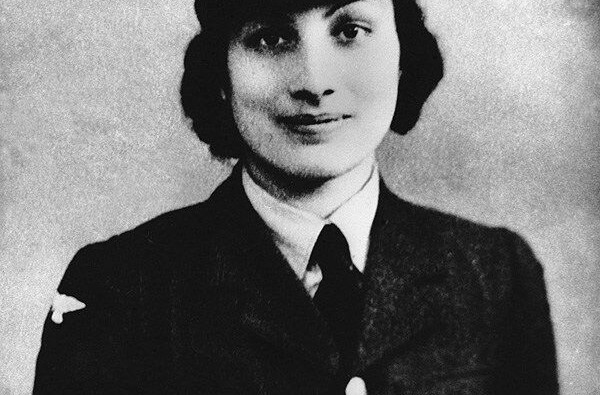 There’s been much media attention lately around Noor Inayat Khan, following a campaign last year to feature her on a redesigned £50 note. During WWII she was a key player in helping the French Resistance as a radio operator sent to Paris from London. It seems only inevitable therefore that a play would be set around her life. Born just a few months before the onset of World War I, she died only a year before the end of World II. She first trained as a wireless operator in the Women’s Auxiliary Air Force (WAAF) before becoming a Secret Operation Executive (SOE) trained in espionage and sabotage. Noor was eventually arrested and interrogated by the Gestapo before being sent to Dachau concentration camp and executed by gunshot. Throughout the interrogations she never revealed her identity; her last uttered word forms the title of the play ‘liberte’ (freedom).

What is lesser known about Noor is her life before the war as a musician and children’s author trained in child psychology at the Sorbonne. It is from this premise that producers from Exchange Theatre have created a family-based play by tapping into Noor’s storyteller voice. Following their bilingual productions of revisited classics like Misanthrope, this latest offering from the company is a documentary style continuation of their unique act of merging cultures and languages on stage as part of a festival of European theatre.

With a cast of three principal actors, all took turns in playing Noor by the privilege of sharing a piece of her multi-faceted identity. The daughter of an Indian Sufi Master and American mother, the production focuses mainly on her mixed heritage and an upbringing divided between the U.K and France.

The question of identity forms the central core of the play with different cultural perspectives brought in from supporting characters with varying results. It was sometimes difficult to keep pace with the rapidity of the differing vantage points and changing roles. With only partial dramatisation of the key events of Noor’s life, the rest of the play is a composite of war testimonials from family members, improvisations and facts relayed to the audience in static speeches.

In a basement theatre with blackened walls, a sweeping wave of claustrophobia was heightened by an assault to the senses with air raid sirens. The seriousness of the realities of war were sensitively balanced with moments of humour and enough dynamism to keep the diverse audience engaged with moments of genuine surprise with a schadenfreude twist. The fluidity in Noor’s identity makes her the perfect character to bring on stage for young people living in a world where borders are at odds with blood relatives across the divide.

Though not a polished performance, substance combines well with this experimental Edinburgh Fringe style theatre. The sheer rawness of the material makes the stage the perfect medium to showcase a version of history not often taught in schools and overlooked in our history books. By focusing on young people, the cast emphatically draws the audience into a lived experience through the lens of child-like innocence. Lessons in cultural relativity through art is perhaps one way of weakening inherited beliefs from the hold of political divisiveness.

Overall, I found it a bold attempt to engage younger audiences with a complex narrative made simple without any loss to the seriousness of the subject’s life, one that was bookmarked by the tragedy of two world wars. Remembered by her codename Madeline by some, for others, she will remain Noor-un-nisa, “the light of womanhood”.

How would you like a free five-star Umrah trip to Makkah and Madinah for two people?