Global campaign launched, calling for the mandatory introduction of effective filtration and warning systems, to be installed on all commercial passenger jet aircraft. The Global Cabin Air Quality Executive (GCAQE) has... 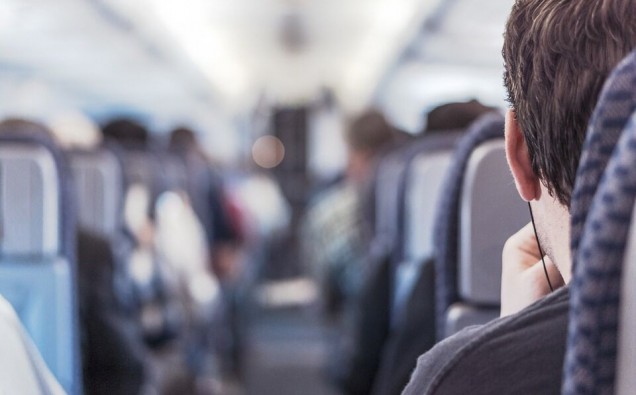 Global campaign launched, calling for the mandatory introduction of effective filtration and warning systems, to be installed on all commercial passenger jet aircraft.

To support their campaign the GCAQE has released a brief educational film in over 40 languages. They have also released a short animated film explaining the basics of the air supply system on aircraft.

Both films are available at the GCAQE Clean Air Campaign page at:

Over the last 20 years, there have been over 50 recommendations and findings made by 12 air accident departments globally, directly related to contaminated air exposures on passenger jet aircraft. However, commercial aircraft continue to fly, with no contaminated air warning systems to notify passengers and crews when the air they are breathing is contaminated.

The design flaw relates to the way the breathing air supply on all passenger jet aircraft (except the Boeing 787) is supplied. The breathing air is provided to passengers and crews unfiltered directly from the compression section of the engines or from the Auxiliary Power Unit (APU), a small engine in the tail of the aircraft. This is a process known as ‘bleed air’ because it is ‘bled’ from the hot compression section of the engine. The ‘bleed air’ is not filtered and is known to be contaminated with synthetic jet engine oils[1] and hydraulic fluids.

The cans of the jet engine oils and hydraulic fluid products that are contaminating the breathing air supply and to which people have been exposed, clearly state:

“Do not breathe mist or vapour from heated product”,

The industry frequently states the air quality in a plane is better than in a house or office. Despite this statement, the industry filters the ‘bleed air’ used for the Fuel Tank Inerting System (FTIS). FTIS was introduced after the TWA 800 tragedy to prevent a fuel tank ignition. The FITS system works by providing a nitrogen rich environment in the fuel tank. The system also uses bleed air, but because of the presence of engine oil fumes in the ‘bleed air’ and their adverse effects on the system, this ‘bleed air’ is filtered. Why does the industry not also filter the ‘bleed air’ people are breathing? A short video explaining this key fact is on the campaign website page at: gcaqe.org/cleanair

Both jet engine oils and hydraulic fluids contain organophosphates. These chemicals have been found in hundreds of swab samples carried out on the interior surfaces of aircraft and in many air monitoring studies.

“In the GCAQE’s view, despite knowing about this issue for decades, aviation regulators around the world such as the US Federal Aviation Administration (FAA) and the European Union Aviation Safety Agency (EASA) have, on this specific problem, put the corporate interests of the aerospace industry ahead of flight safety and public health. They have failed to mandate the installation of effective contaminated air warning systems or ‘bleed air’ filtration systems. They have also failed to require airlines to inform crews or passengers about these exposures. Instead, they claim the air in aircraft is better than in your home and continue to call for more research. The sole result of calling for further research will be to delay having to take mitigating actions which are needed now, to finally resolve this public health and flight safety issue.”

Flight safety has been often compromised due to crew being impaired or even totally incapacitated from exposure to contaminated air. Crews and passengers have suffered both short and long-term health effects as a consequence of these exposures.[2] Some crews have been ill health retired from these exposures. As documented by Howard et al (2017/2018), when addressing the aetiology of aerotoxic syndrome,[3] there is evidence that, in addition to the complex mixture of fugitive chemical emissions continually present in cabin air, there is also an aerosol of ultrafine particles (UFPs), bringing important health consequences of chronical exposure to an aerosol of UFPs.[4]

From 15 to 18 March 2021, the GCAQE will host the ‘2021 Aircraft Cabin Air Conference’ (aircraftcabinair.com). This will be the largest conference ever held on these issues. It will take place over 4 days from 1500 to 2000 GMT daily and among the sponsors; there will be a number of companies displaying potential solutions and emerging technologies for aircraft operators. Technologies like new total cabin air filtration systems, warning sensors and catalytic converters.

In addition to the ‘Clean Air Campaign’ and the ‘2021 Aircraft Cabin Air Conference’, the GCAQE has also recently created the first ever, global reporting system for contaminated air events, known as GCARS. The ‘Global Cabin Air Reporting System’, which anyone can use, is available at: https://gcars.app/

“The industry has achieved so many great things in the last 50 years. It has taken numerous steps to enhance flight safety but sadly on this issue, it has failed. The regulators say they need to know what chemicals are present during a contaminated air event before they can consider mandating new technologies to mitigate the problem. They knew over 20 years ago what chemicals were present, as they have data from the investigation into the total incapacitation of two pilots on a domestic Swedish flight known as the ‘Malmo’ incident. It is unbelievable that they continue to fail to fix this basic design flaw. ”

Many crew unions and the GCAQE have been working with industry for over a decade to agree an acceptable air quality standard onboard aircraft. The ability to come to a consensus on this issue has recently been questioned following industry action to delay a proposed new CEN standard.

HOW TO BEAT THE FLU THIS WINTER SEASON