Tougher sanctions for seatbelt offences are long overdue, says road safety organisation Nearly one third of all people who died on the UK’s roads in 2018 were not wearing... 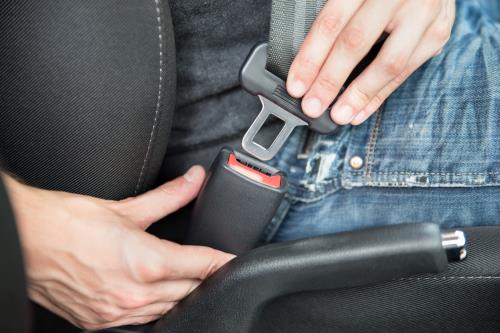 Road safety and breakdown organisation GEM Motoring Assist is calling on the Government to increase the penalty for drivers and passengers who do not wear a seatbelt on journeys.

GEM has for many years lobbied the Government to introduce tougher seatbelt offences. Now, with emergency services and hospitals at full stretch dealing with the coronavirus pandemic, it’s time to show everyone still out on the road that they must wear a seatbelt on every journey.

GEM road safety officer Neil Worth commented: “Three penalty points for non-wearing of seatbelts creates an effective deterrent. New research shows that Northern Ireland, where the penalty for not wearing a seatbelt includes three points, has the lowest percentage of deaths where a seatbelt was not used of any UK nation.*”

“We have seen mobile phone penalties for drivers rise in recent years, and if seatbelt offences were made harsher in this way, we believe would see a significant and immediate reduction in the number of drivers and vehicle occupants killed and seriously injured on our roads.

“As the nation gets to grips with the tough sanctions introduced to deal with coronavirus, we are asking everyone who needs to be out on the road to put that seatbelt on, even for the shortest journeys.

“Failure to wear a seatbelt puts you at much greater risk of being seriously hurt in a road collision. That drains NHS resources, which in the current climate is entirely unacceptable.

“Since its launch in 1959, the three-point seatbelt stands as one of the great safety inventions in modern times. We believe the introduction of a three-point penalty for not wearing one would make a significant contribution to casualty reduction.”

THINGS JUST GOT £4 BILLION MORE EXPENSIVE FOR THE UK