With the music video already ranked in the TOP THREE ‘trending worldwide’ list online, megastar Diljit Dosanjh emerges with his most ambitious music venture to date – The Greatest... 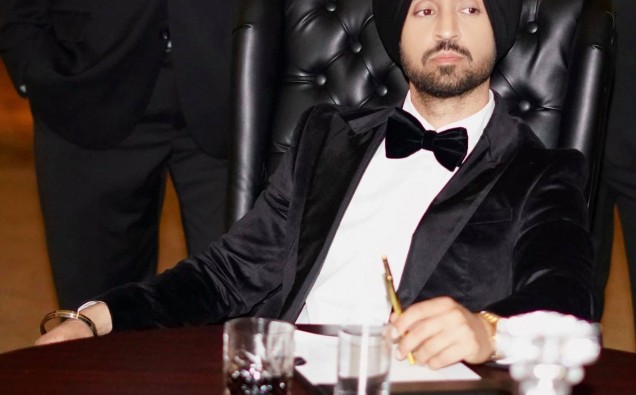 With the music video already ranked in the TOP THREE ‘trending worldwide’ list online, megastar Diljit Dosanjh emerges with his most ambitious music venture to date – The Greatest Of All Time. The 16-track album encompasses his signature hip hop-Punjabi fusion attracting worldwide attention from eagerly awaiting fans, who took to twitter to share their excitement.

Whilst the pandemic forced creative ways of working never seen before, Diljit successfully collaborated across borders to reach a diverse portfolio of talent – from US hip hop music engineer ‘Q Made the Beat’ to an array of Punjabi and Indo-Canadian artists who feature on the album.

Having secured a renowned studio in Northern California, previously graced by the likes of American singer-songwriter Post Malone, Diljit worked at speed to balance vocal delivery, dubbing and video shoots.

For the multifaceted artist, GOAT’s journey came with a chapter of reflection. “The past few months have helped me re-connect with my first love, my music and this album is an expression of gratitude to all of my fans,” he said.

After having completed a banner year in 2019 which included his successful Roar Tour of the US and Canada, and which saw his songs achieve 967 million views combined on YouTube, the singing sensation was determined to make this year another memorable one.

Business Manager Sonali Singh added, “It’s the adulation of his long standing fans that drives him to do more. He has worked incredibly hard to make this album happen for them.”

An award-winning Punjabi actor who has also conquered Bollywood, Diljit’s 2019 movie releases Shaada and Good News broke box office records. Add to this his stature as an Indian style icon and the first turbaned actor to have his presence at Madame Tussauds in London, his swag and charm was also spotted by Ivanka Trump in March with a twitter exchange between the two.