Warwickshire County Cricket Club and its official charity, the Edgbaston Foundation have released results of its impact made during the enforced lockdown process and the temporary closure of Edgbaston.... 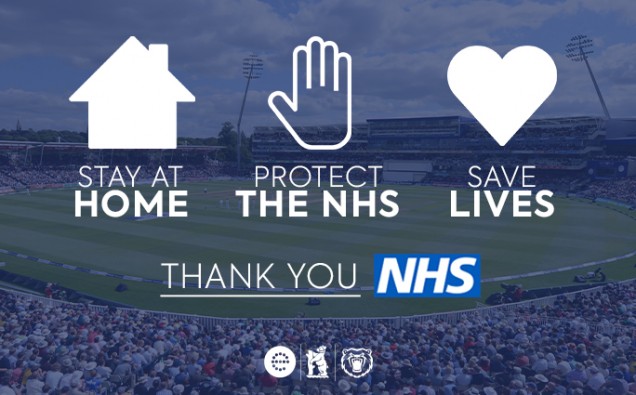 Warwickshire County Cricket Club and its official charity, the Edgbaston Foundation have released results of its impact made during the enforced lockdown process and the temporary closure of Edgbaston. These activities are grouped into three specific areas:

Since the beginning of April, the car park at Edgbaston has been utilised as a national drive through COVID-19 testing centre, initially supporting NHS staff before being extended to wider key workers and, subsequently, the national testing portal.

At peak, the centre was co-ordinating more than 1,000 tests each day and it has now delivered hundreds of thousands of tests in its uninterrupted 130 days of operation.

The Edgbaston Foundation partnered with local charity Thrive Together Birmingham to turn the Exhibition Hall into a food sorting and distribution centre, which could support community groups in need.

With a local donation centre established at the nearby St. Mary and Saint Ambrose Church, food was delivered to Edgbaston each Friday, which furloughed staff at the Club would sort, count and store ready for repackaging and subsequent delivery to local food banks and community groups every Tuesday.

Over the course of the 12 weeks of operation, 35 staff from Warwickshire CCC, Edgbaston Stadium and the wider Bears family volunteered more than 720 hours to store and repackage 16.4 tonnes of food. As a result, £51,500 worth of goods was delivered to 20 organisations in need.

From 26 April and throughout May, 46 Club staff took part in the 2.6 Challenge, which was a national initiative, which staff used to get active and to raise funds for Queen Elizabeth Hospital Birmingham Charity and the NSPCC’s Childline service in Birmingham.

Challenges taken on by Club and venue staff included:

Over the course of the five weeks, staff covered a combined 3,329 miles through running, walking and cycling to raise more than £6,500 for the two charities.

As a tribute to the fantastic work from doctors, nurses and support staff on the front line in response to COVID-19, Warwickshire men’s First Team Coach Jim Troughton designed an NHS-inspired Bear & Ragged Staff crest, which was printed onto t-shirts that were sold through Store 94 at Edgbaston.

Priced at £15 and available in men’s, women’s and children’s sizes, the proceeds from all t-shirts are also being donated to Queen Elizabeth Hospital Birmingham Charity and the NSPCC Childline service in Birmingham. More than 150 t-shirts have been sold to date.

In late May and early June, the Club also played its part in an online charity cricket auction supported by all 18 First Class counties and in partnership with the ECB, PCA and MCC.

A catalogue of 62 lots from across the professional game were released for bidding, with the Bears donating an ultimate 2021 major match experience at Edgbaston and a unique opportunity to be a member of the Bears playing squad for a Vitality Blast match.

Combined, the two lots generated nearly £1,500 for the Queen Elizabeth Hospital Birmingham Charity and the NSPCC Childline service in Birmingham.

Following the success of the first project in 2015, early in the lockdown process Warwickshire men’s First Team Coach Jim Troughton and local author, Chair of the Edgbaston Foundation and friend of the Club Rachael Wong created a follow-up to tale to The Legend of Morvidus.

With Jim again providing illustrations, digital copies of the book were made available for free in June with hard copies now available to purchase from Store 94 to support fundraising for the two charities.

Past and present members of the Warwickshire men’s and women’s team, and coaching staff, made multiple phone calls to elderly Club Members and our team of match day stewards.

More than 260 calls were made in total.

To say thanks to our Junior Bears Members, more than 50 birthday video messages were recorded by members of the Bears squad.

These videos were released over 10 weeks.