Bangladesh has a population that exceeds to 160 million. When we think of Bangladesh, we think poverty, however in the last few years Bangladesh has made significant progress over... 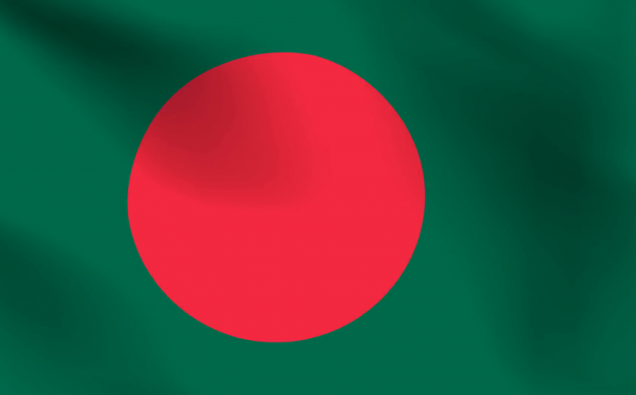 However, the poor aren’t going anywhere.

There are many issues in Bangladesh such as political instability, malnutrition and the growing population that is threatening to undermine Bangladesh’s earned progress.

Still, we all tend to ask who the richest folks are in this country, what they do and how they gained wealth.

Quick Facts on the Wealth of Bangladeshi People

Popularly known as “Prince Musa”, Mr Moosa is considered the richest person in Bangladesh. From time to time, he makes national headlines for his extravagant lifestyle.

Moosa Bin Shamsher was born on 15th October 1945 in Faridpur, Bangladesh. He was a son of Shamsher Ali Molla. Mr Molla was a first-class officer in the British Indian Government. As a young student, Mossa showed exceptional brilliance. He passed his college life at Faridpur Rajendra College and went to California State University to study Economics.

He founded DATCO; a manpower exporting company. DATCO remains an important company in exporting manpower. Besides exporting manpower, Moosa started investing in weapon and arm business. The venture quickly piled up his wealth. His net worth is over $12 billion.

A controversial figure and at times much disliked for his alleged involvement in Share Market looting, Salman F Rahman remains one of the richest persons in Bangladesh.

Mr Salman and his brother, in 1966, picked up their family’s jute mill and started producing jute-based products. After the liberation war in 1971, the Bangladesh Government nationalized the mill.

In 1972, Salman and his brother founded the renowned company, known as Bangladesh Export Import Company (BEXIMCO). Under the company, they started exporting a multitude of products to Europe, with seafood and crushed bones being the main products. In 1976, Rahman brothers founded Beximco Pharma.

Tarique Rahman hails from a political dynasty. He’s a son of Ziaur Rahman and Khalenda Zia. His father was the 7th President of Bangladesh. And, his mother served as Prime Minister of Bangladesh twice. He studied at the University of Dhaka.

Much controversy surrounds the source of his income. The Anti Corruption Commission in Bangladesh filed 12 cases against him.

The person who spearheads the Bangladesh Government’s ambitious program called Digital Bangladesh is none other than Sajeeb Wazed. The program seeks to integrate digital technologies in Bangladeshis’ lifestyle.

He is the son of Bangladesh’s current Prime Minister, Sheikh Hasina. He was born on 27th July 1971. His father was a nuclear scientist. He studied at Harvard University.

He currently serves as an IT Advisor to Bangladesh Government. His source of income is also questionable and subject to controversy. As he’s criticized often for using his mother’s influence to gain financial advantage and develop his business. His net worth is almost $1 billion.

A business mogul, yet so controversial; with a net worth of almost $1 billion, Abul Hossain is the 5th richest Bangladeshi.

Sayed Abul Hossain was born on 1st October 1951. He earned his Bachelor’s and Master’s from Dhaka University. He is a member of the current ruling party, Bangladesh Awami League. He’s been serving as a member of the parliament since 1972.

In 2012, World Bank reported that Abul Hossain was one of the corruption conspirators in Padma Bridgetender. He also faces numerous allegations of being involved in corruption cases.

He is the chairman and founder of one of the most valuable companies in Bangladesh and an important figure in the country’s business activities. With a net worth exceeding $500 million, Mr Sobhan is the 6th richest Bangladeshi.

If there was a competition for the people who used up political favour the most, then Giasuddin Mamun would have been a champion.

He is often criticized for using his political influence to fuel his business ambitions. It is alleged that he was given loans at little to no interest rate and he paid nothing against the loans. He acquired wealth that is subject to investigations. The Anti-Corruption Commission in Bangladesh filed charges against him.

He became the laughing stock of Bangladesh after he theorised that activists of the opposition party were involved in tearing down Rana Plaza. His net worth is no laughing matter though. He acquired wealth that is worth $400 million.

Mr Alamgir was born in 1942. He earned his PhD in economics from Boston University. He was the former state minister of home affairs. He attained various administrative positions during the tenure of Awami League Government.

Very popular for his philanthropic activities, Ragib Ali is also one of the richest Bangladeshis.

He was born on 10 October 1938. He pursued his higher education in the United Kingdom. He is the epitome of a person starting from scratch and making it big. He started as an ordinary waiter, but through dint of hard work and honesty, he became a leading entrepreneur.

Mr Ali leads Sylhet Tea Company Ltd. and owns several other tea estates in Chittagong and Sylhet. He’s the founder of numerous educational institutions. His net worth is $250 million.

With a net worth of $250 million, Iqbal Ahmed is the 10th richest Bangladeshi. He is a Bangladeshi-born British entrepreneur.

He was born on 4th August 1956. He studied at the City College in Westminster. His source of fortune is the importation of shrimp. He leads two companies, named Seamark and Ibco. The companies deal with the hotel and real estate development, shipping, food, and hospitality.

Bottom Line – of the world’s billionaires, few still hail from poverty-ridden countries. Bangladesh is the stark example. The richest in Bangladesh also prove you don’t have to born into wealth to gain wealth. By dint of assiduity, industry and entrepreneurial skill, you can surely gain success.

Women Are Taking Over The Beauty Industry