An online Opinion Matters poll of more than 2,000 UK car owners commissioned by The Motor Ombudsman, the Ombudsman dedicated to the automotive sector, has revealed that the majority... 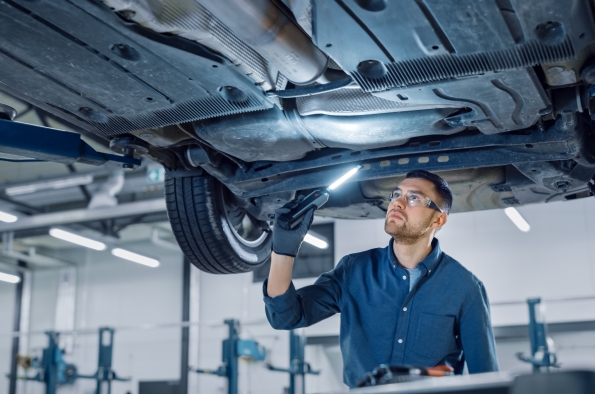 An online Opinion Matters poll of more than 2,000 UK car owners commissioned by The Motor Ombudsman, the Ombudsman dedicated to the automotive sector, has revealed that the majority (56%) of respondents who do not currently have a service plan in place*, are planning to miss (33%) or delay (23%) their car’s annual service this year beyond the vehicle manufacturer’s recommended interval, in order to save money in the face of the sharp rise in the cost of living.

April has already proved to be a challenging period for the nation’s households, resulting from the introduction of a 54% increase in the price cap for gas and electricity bills, and rises in council tax and Vehicle Excise Duty (road tax), which all came into force at the beginning of this month. This has come on top of the current high cost of petrol and diesel at the pumps – a concern for 87% of car owners according to The Motor Ombudsman poll, as well as surging inflation, making goods on shelves even more expensive. In addition, as the new tax year begins tomorrow, consumers are set to have even less money in their pockets due to having to pay 1.25% more in National Insurance contributions, with 69% of individuals surveyed saying that this was another source of worry.

Aside from the legal requirement of an annual MOT for cars aged three years and over, taking a vehicle to a garage on time for a yearly service is important to keeping it both roadworthy and safe for occupants and fellow road users. The study revealed that female car owners (57%), individuals residing in Wales (66%) and 45- to 54-year-olds (64%) emerged as being the least likely to, either get their car serviced at all this year, or to take their car to a garage on time once they had reached the next servicing interval based on the mileage completed, or on the 12-month anniversary since the last check.

When car owners were also asked how else they were planning to reduce their motoring spend this year, which applied to 68% of those who said in the survey that they were looking to make savings in 2022, there were five key areas where these individuals were looking to cut back. These were namely, by using their vehicle less, walking or cycling to destinations where they would have previously gone in the car, driving more efficiently to save fuel, shopping around for cheaper car insurance, and using public transport more often.

Whilst the study has raised concerns about servicing not being seen as a priority this year, the research did however, provide some positive news. The poll found that 60% of car owners recognise the importance of servicing a vehicle in that it helps to prolong a vehicle’s lifespan, with an average of 30% of respondents also agreeing that it’s a crucial step in helping to protect the safety of themselves, passengers, and those around them. Furthermore, 35% of car owners appreciated that having a service history improved the resale value of a car, with around one in three (29%) agreeing that keeping to a vehicle manufacturer’s servicing schedule helps to maintain the validity of a car’s warranty should they wished to make a claim whilst the agreement was in force.

Bill Fennell, Chief Ombudsman and Managing Director of the Motor Ombudsman, said: “April has seen a coming together of several cost of living increases, which have unfortunately hit the wallets of consumers all at the same time. It’s therefore inevitable that something has to give, and our study has shown that servicing and vehicle maintenance is being seen as less of a priority. This is of course concerning – not following the vehicle manufacturer’s servicing schedule, and not taking their car to a garage to be looked at by a professional in the event of any mechanical problems is essentially compromising the safety and value of the vehicle.”

Bill added: “Even in these challenging times, it is important motorists keep their vehicle both roadworthy and legal at all times, and that any maintenance is carried out by a business that is accredited to The Motor Ombudsman’s comprehensive Motor Industry Code of Practice for Service and Repair. This will give consumers the added of peace of mind that a vehicle repairer will deliver high standards of work and service, and that they can turn to The Motor Ombudsman should there be a complaint they are unable to resolve with the business in the first instance.”