NHS patients are set to benefit from early access to potentially life-saving new medicines, including cutting-edge gene therapies, thanks to a new Innovative Medicines Fund and £680 million of... 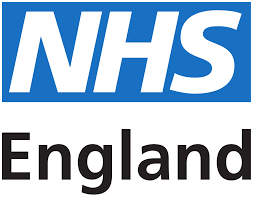 NHS patients are set to benefit from early access to potentially life-saving new medicines, including cutting-edge gene therapies, thanks to a new Innovative Medicines Fund and £680 million of ringfenced funding, the NHS chief executive has announced today.

The Innovative Medicines Fund (IMF) will build upon the success of the reformed Cancer Drugs Fund (CDF), by supporting patients with any condition, including those with rare and genetic diseases, to get early access to the most clinically promising treatments where further data is needed to support NICE in making final recommendations around their routine use in the NHS.

An estimated one in 17 people will be affected by a rare disease in their lifetime, and this fund will now support the NHS to fast-track patient access to treatments which can demonstrate substantial clinical promise but still have significant uncertainty around their clinical and cost effectiveness and hence long term value for taxpayers.

Along with the existing £340m Cancer Drugs Fund which will be guaranteed its current funding levels, this new £340m initiative means a total of £680m of ringfenced NHS England funding will be available to deploy on fast-tracked drugs.

NHS Chief Executive Simon Stevens said: “Tens of thousands of patients have already benefitted from the reformed Cancer Drugs Fund and the new Innovative Medicines Fund will mean all patients – not just those with cancer – will benefit from early access to the most promising and innovative treatments, backed by £680m of ringfenced funds.

“The NHS Long Term Plan is leading to fast track access for innovative, cutting-edge therapies, at the same time as the NHS has also been treating more than 400,000 Covid hospitalised patients, and delivering the fastest and largest vaccination campaign in our history.

“In the last year NHS England has successfully negotiated deals for a range of new treatments, including drugs which may allow toddlers with spinal muscular atrophy the chance to walk thanks to the ‘world’s most expensive drug’, as well as giving cystic fibrosis patients the latest medicines against their debilitating disease.  This new fund will build on these successes, offering hope to even more patients.”

Health and Social Care Secretary Sajid Javid said “We want NHS patients to continue to be the first in the world to benefit from cutting-edge treatments as we bust the backlog.

“The Innovative Medicines Fund is another example of the government delivering on its manifesto commitments, and it will significantly reduce the time it takes for the most promising new medicines to reach patients, including children and those with rare diseases, saving lives and giving many people hope for a healthier future.

“This vital new initiative extends the successful Cancer Drugs Fund model to other patients, bringing equal access to the best treatments for all, regardless of the condition.”

This proposed new fund – which will be consulted on – is an extension of the CDF, which has already helped tens of thousands of patients access promising cancer treatments whilst further data is collected to ensure their pricing and long term use represents good value for the NHS overall.

The Innovative Medicines Fund will operate in the same way as the Cancer Drugs Fund with NICE having an option other than an immediate decision about routine availability on the NHS.

It will provide treatments like cutting-edge gene therapies that could offer life-saving benefits and particularly help those with less common diseases where data collection on medicines effectiveness take longer to obtain due to the smaller patient cohort.

In the past five years the Cancer Drugs Fund provided more than 64,000 people access to life-extending or potentially life-saving drugs which might otherwise not have been available for years.

Accessing treatments earlier can improve outcomes for patients and, as part of the NHS Long Term Plan, NHS England’s Commercial Medicines Directorate has used its commercial capabilities to secure access to several innovative medicines for NHS patients, including many ‘world-first’ or ‘first in Europe’ drug deals.

The finalised fund will be subject to a formal public consultation in the next few weeks which will involve patient groups, pharmaceutical companies and other stakeholders.

The New Audi RS 3: Unmatched Sportiness Suitable for Everyday Use