The locations of ten COVID-19 memorial community gardens across Birmingham have been announced by the city council. Initial design ideas for the gardens – one in each of the... 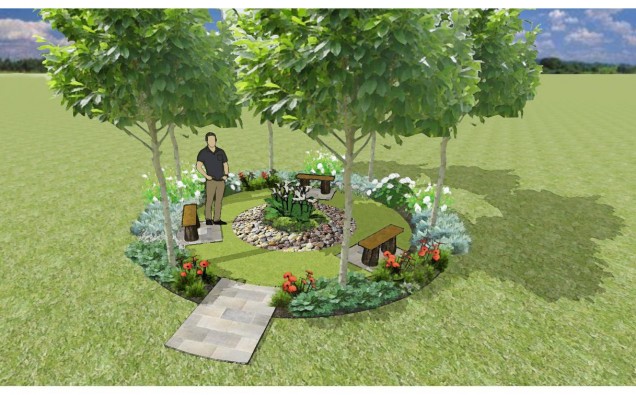 The locations of ten COVID-19 memorial community gardens across Birmingham have been announced by the city council.

Initial design ideas for the gardens – one in each of the city’s Parliamentary constituencies – were unveiled in March of last year.

The council has engaged with residents, community groups, parks staff and local councillors to help finalise the location list, as follows:

The idea of having a memorial garden in all ten constituencies was based on the fact the virus has affected all parts of Birmingham, giving people somewhere near where they live a focal point to remember their loved ones.

Erdington will be first location where work to construct the memorial is started – in recognition of the fact Jack Dromey MP held one of his last meetings with council representatives on the development of the constituency’s garden on the day before his sudden death earlier this month.

Cllr Ian Ward, Leader of Birmingham City Council, said: “It is really important to remember and pay tribute to those we have lost in the city as a result of the pandemic. Every person that has been lost to COVID-19 was dearly loved by their family, friends and colleagues.

“We are grateful for the input we have received from residents and councillors on where the memorials should be located in their areas and hope they provide a focal point for people to remember and reflect.

“The tributes that were paid from across the political divide following the death of Jack show how well respected and regarded he was by the people of Erdington – and given that one of the last meetings he ever had was in support of residents who had suggested a location for a memorial in their area means that it is a fitting tribute to ensure work on the first of these gardens starts in his constituency.”

In the designs drawn up by the council’s Chelsea Flower Show award-winning team, the central feature is a pebble bed that will give communities the opportunity to write the name of someone lost in the pandemic on one of the stones.

Additionally, the concept includes colourful plant species like forget-me-not, and the trees that form part of the gardens will be spaced at two-metre intervals – a nod to the social distancing guidance people were asked to follow at the onset of the pandemic. Local communities will also be able to tailor the memorials in their area by working with the council to select shrub and plant types.

The benches are intended to provide people with somewhere to reflect and discuss their memories in a setting local to them.

Cllr John O’Shea, Cabinet Member for Street Scene and Parks at Birmingham City Council, added: “One of the key things to come out of the pandemic is the valuable contribution our parks and open spaces had to play for the people of Birmingham.

“They provided a location for exercise and meeting – and the use of parks rose significantly when much of society was locked down to control the spread of the virus.

“These gardens will help signify the role parks have played during these times as well as giving people a way in which to remember those we have lost and everything that has happened during these tragic times.

“I thank those that have helped us develop this idea from residents to Councillors and MPs, as well as our Parks staff who have once again stepped up and provided us with a design that I know will be warmly welcomed by residents and park users.”

Work to establish the memorials will be taking place over the coming months and the city council will maintain the sites as part of the ongoing maintenance of the city’s parks and open spaces, with volunteer support also welcomed where capacity and interest exists.

There is also work ongoing regarding a suitable city memorial, and details will be announced once finalised.

As of January 24 of this year, a total of 3,220 deaths had been recorded in Birmingham with COVID-19 on the death certificate.

Tips for a January Financial Health-Check