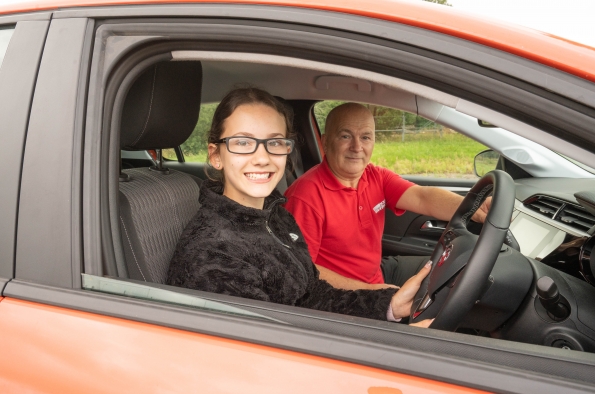 As driving lessons have been unable to take place for much of the past year, hundreds of thousands of teens have had their learning to drive journey put on hold.

A survey of 150 driving instructors by the UK’s largest pre-17 driving school, Young Driver, revealed that getting lessons booked in now restrictions are lifted may not be that easy. Eight out of 10 instructors said they had a waiting list of, on average, 10 learners they can’t currently fit in the diary. Half (47 per cent) said they would struggle to provide as many lessons as learners wanted and one in three (36 per cent) said learners who haven’t started learning yet may have to wait months for their first lesson.

That means it is likely that more learning will have to be done away from professional tuition – falling to parents and technology to fill the gaps. Sue Waterfield, head of marketing at Young Driver, said: “We could see this was going to be a big problem post-lockdown, so we wanted to do something to help. We have created and launched the first set of 360° virtual driving lessons, accessible via an app. These can be invaluable for learners looking to keep their skills fresh in between lessons – and for parents who might want to make sure they’re teaching the right way when they take youngsters out to practice.”

The Young Driver App takes learners from first lesson to driving test, providing lesson practice via 360° videos which can be watched on a smartphone or VR headset. The videos, which are rotatable so they can be seen from every angle, are filmed with Approved Driving Instructors, with a voiceover written and narrated by driver’s champion Quentin Willson. The videos cover everything from tackling junctions and roundabouts to manoeuvres such as parking or reversing. This is alongside theory test practice modules, hazard perception videos and top tips – everything needed to complement in car tuition.

Sue Waterfield continues: “Of course in car practice is the key, but if there’s a way to reinforce those skills at home using technology, it makes sense to do that. Parents can also help by taking youngsters out to practice – but our research shows that only a third of parents (33 per cent*) would feel confident teaching their child to drive, even alongside professional tuition.”

Young Driver is the UK’s largest provide of driving lessons for 10-17 year olds and has delivered over 900,000 lessons at 70 private venues across the UK. For more information go to www.youngdriver.com or to download the app search ‘Young Driver App’ on Google Play or the App Store.

Nicola Morgan is an internationally-acclaimed author and authority on teenage wellbeing often referred to as ‘The Teenage Brain Woman’. Her books include Blame My Brain, which was shortlisted for the Aventis Prize, the Teenage Guide to Stress, Teenage Guide to Friends, Positively Teenage, Life Online, Body Brilliant, The Awesome Power of Sleep and Be Resilient.