The director of a former Walsall shop, where more than 6000 illegal cigarettes and over 1kg of hand-rolling tobacco was discovered in August 2018, has finally been brought to... 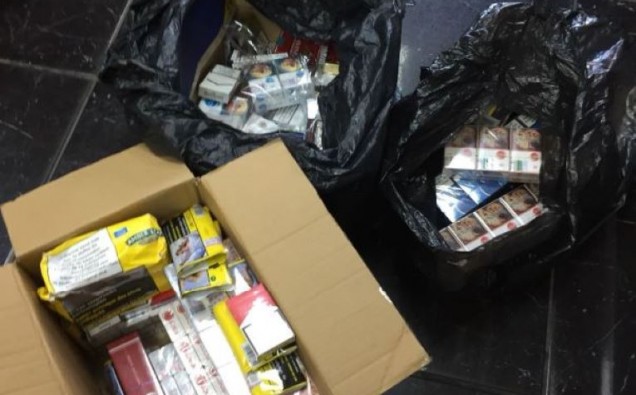 The director of a former Walsall shop, where more than 6000 illegal cigarettes and over 1kg of hand-rolling tobacco was discovered in August 2018, has finally been brought to justice.

Ramen Amini appeared before Walsall Magistrates Court on 10 January after a cat and mouse game which saw two warrants for his arrest being made due to previous failures to attend Court. He pleaded guilty to all 12 counts under The Trade Marks Act and was fined £120, ordered to pay a victim surcharge of £34 as well as a contribution to legal costs of £500.

The stash of tobacco was discovered at APO Pleck supermarket Ltd, Wednesbury Road, Walsall back in August 2018 when officers visited the shop to undertake a routine advisory visit.

On entering the shop, Trading Standards Officers witnessed Mr Amini throwing items under the counter which on investigation were found to be packets of illegal tobacco.  A further search of the premises revealed a box and black bin liner containing large quantities of cigarettes and hand-rolling tobacco.

The haul included a mixture of counterfeit, non-duty paid or illicit cheap white cigarettes.  They were incorrectly packaged and did not carry the correct UK health warnings – often an indication that items are not genuine.

The shop did also sell genuine tobacco however Mr Amini admitted that the price he’d paid for the illegal ones, from a man selling them door to door, was much less than genuine products – another indication that something is not quite right.

Councillor Garry Perry, Deputy Leader for resilient communities said, “This investigation clearly demonstrates the persistence and continued efforts our Trading standards Team in partnership with WM Police go to to investigate and bring to justice the perpetrators involved in illegal trade.”

“The illegal tobacco trade is often led by organised crime groups and therefore this haul has meant that illicit items are taken out of circulation resulting in a real impact on the wider illegal trade network.”

“Money from the sale of such products often goes back into the organised crime network and funds further criminality such as the drug industry, people trafficking and gun crime.

“This makes it even more important that we are all vigilant and report any concerns about the genuine nature of products that we purchase to stop this taking place in our borough.”