AYUSHMANN KHURRANA IS DELIGHTED WITH AUDIENCE RESPONSE TO ANEK TRAILER 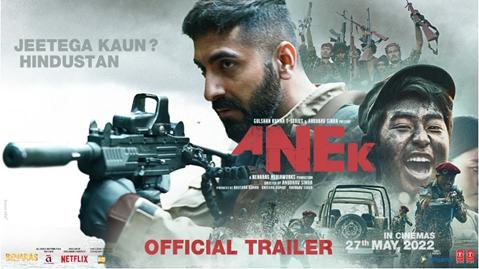 Ayushmann says, “When we set out to make Anek, Anubhav sir was very clear that he wants to make an engaging story that would also make people ponder about our identity as Indians. We are so diverse, different, and unique as Indians but do we celebrate that and make it our strength? Anek intends to pointedly ask and hopefully answer that question which is why this film is so special to me.”

“I have always hunted for clutter-breaking content and Anek rests at the top of the pile for me. I’m delighted with the response to the trailer of Anek. It has struck a chord in the hearts of Indians and I couldn’t be happier. The fact that people pan India are voicing the need for unity and inclusivity after watching the trailer of Anek is enough validation for me as an artiste”, he adds.