Anil Kapoor Q&A: Q: You seem more in your element when doing comedies. What is it about the comedy genre that you enjoy the most?  A: I love making people... 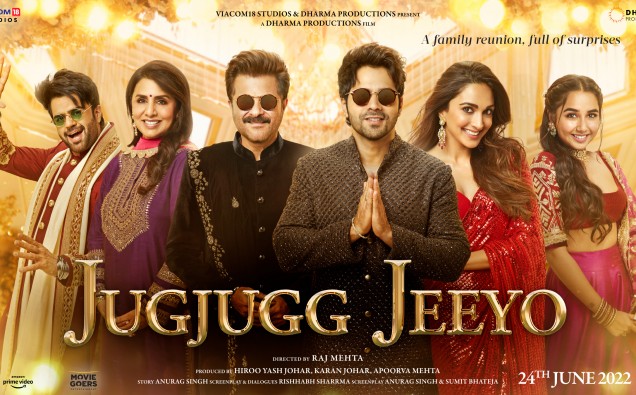 Q: You seem more in your element when doing comedies. What is it about the comedy genre that you enjoy the most?

Q: How did you react when you were offered Jugjugg Jeeyo and did you agree straight away?

A: Immediately, no confusion, no discussion, ek second mein! Karan called me up that this is the film, this is the story and immediately I said ‘Done’, khatam.

Q: Tell us about the film and your character.

A: The film is an entertainer, it’s a family comedy – lots of fun, songs, music, high production values, scale, good acting and excellent performances. Today people want to see good performances, performances which look real, which are not over-the-top, which are situational. I play the character of Bheem, who feels that you only live life once and to the extent that you can be selfish also and many people are like that. They become so selfish, self-centred, self-absorbed that they don’t realise in that process that they are hurting other people. I related to the character in a way that I saw a lot of men were like that and it was good to play such a character with so many grey shades and sometimes even black! I don’t want to do only goody-goody characters, it’s too boring. I want some mirch masala!

Q: Do you relate to your character?

A: Absolutely. Everybody has a selfish streak to them, which can sometimes be disruptive. Some people who have these streaks are too scared to be selfish but I don’t think there is a man or woman who doesn’t have that streak. No one is a saint. For some people, whatever instincts and dreams they have, they keep within themselves, they control themselves but there are some people who don’t care.

Q: Did you face any challenges while filming?

A: No, this was a very smooth journey except for the fact that we shot in two pandemics. The other stress is that you want to do your best. When I do a film, there is always a hook for my motivation. My motivation for this film was Karan’s father, Yash Johar. We had always wanted to do a film but we never did. So I just wanted to give my absolute best in this film in every which way and make him happy up there. And that’s what I’ve done.

Q: What is your favourite moment in this film?

Q: Do you feel this is an all-out entertainer or will there be a message for the audience somewhere?

A: Overall, I feel this is an all-out entertainer but there is a message and it is not underlying, and I feel all good filmmakers do that. They make a film which entertains you but also makes you think. It’s like when you go to a birthday party. You go to the party, you enjoy the party, but when you leave the party and you get a return gift you feel happier, it becomes a permanent thing. So this film will have the return gift which will remind you to go back and see the film again.

Q: This is your first time working with Neetu Kapoor. What was the experience like?

A: This is my first time working with everyone – Varun, Neetu, Kiara, Karan. It’s always great and exciting to work with people for the first time because you don’t know them, you’re trying to understand them, it’s always very fresh and energetic. It’s exciting as well as tentative and anxious.