“Afraid to go to class”: Ten years since the start of the Syria crisis, children and teachers describe the lasting horror of attacks on schools Thousands of schools have... 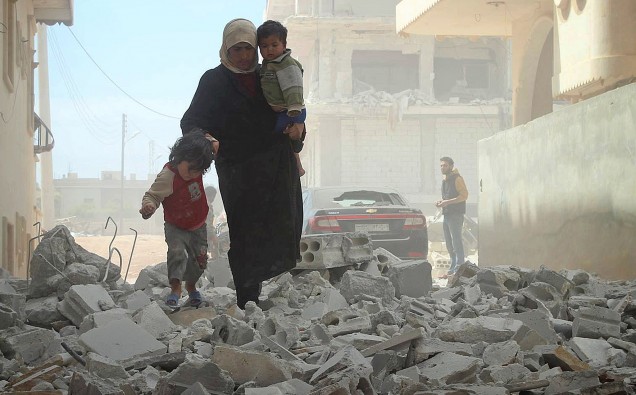 “Afraid to go to class”: Ten years since the start of the Syria crisis, children and teachers describe the lasting horror of attacks on schools

Thousands of schools have been bombed and damaged or destroyed in the ten years of crisis in Syria, and many teachers and pupils have been killed. One in three schools in Syria are now out of use, and more than a third of all children – 2.4 million – are still out of school.

The psychological scars of these attacks on schools continue to affect children’s learning and will be felt for generations to come unless children are supported to recover.

Islamic Relief, which supports schools across northwest Syria, has interviewed children and teachers who survived deadly attacks on their schools. They spoke of how children have dropped out of education, are plagued by nightmares and are so scared they cannot learn properly.

Ahmed Mahmoud*, Syria Country Director for Islamic Relief, says: “A decade of suffering in Syria has devastated an entire generation of children. Schools should be safe places but many have been turned into bloodshed and rubble. The lasting impact of these attacks on schools is clear – many children still have nightmares, cannot concentrate and are scared when they sit in a classroom. But despite this, Syrian children are desperate to learn. We need to address the long-term consequences of this terrible crisis and make sure that children can learn in safety again. Now is the time the world must redouble its efforts to ensure a lasting solution to this crisis.”

Amir*, 15, was trapped in a school building during a bombing:

“We were in school lessons when the bombing suddenly became close. We heard a loud sound of the plane bombing the edges of the school. The windows shattered and the doors went flying. The teacher told us not to go out. We lay on the ground and hid under the benches.

“I stayed about half an hour until the bombing stopped then I ran quickly towards home. We left all the books and school bags behind. I saw my mother barefoot on the road, crying and looking for me. She hugged me to her chest, crying as she was so afraid that the bombing would hit me.

“It was the most difficult situation I have been in. I can no longer concentrate on my studies. While I sleep I see myself in the village and the bombing is falling on us, and I flee with my father and brothers.”

Amir’s family fled the area and he is now attending another school supported by Islamic Relief. “One of the things I love about this school is that the professors are kind and they treat students well and give them good lessons. After ten years of crisis in Syria, I hope that peace will prevail and I can return to my village, complete my studies and become a doctor in the future.”

Sara* is a teacher who survived one of the deadliest attacks on a school, in the village of Hass in Idlib in 2016, when many children were killed:

“The children’s blood was mixed in their notebooks and chairs. Suddenly the bombing started on the school and the corpses of children and teachers flew in. The place was filled with blood, the screams of children, it was a terrible scene. Parents rushed to the school to save their children, so they too were bombed.

“The school was bombed by one plane. We treated the injured students, but then we were surprised by a second plane that bombed the school again. I am talking about 40 children who were killed. There was a black cloud over the hearts of all teachers in the north of Syria after this.

“After ten years of the Syrian crisis, one of the biggest challenges for education is the fear. Children are afraid to go to school, and teachers are also afraid that schools will be bombed while they are there. The child heading to school thinks, ‘when will the war-plane come and bomb the school – will it be in the first class, the second class or when?’

“The parents fear and worry for their children and their hearts pray to God to protect them and their school from the bombing. They live in a state of fear and anticipation until their children return home from school safely.

“When a teacher hears the sound of the plane they lose the ability to complete the lesson and they begin to think about what they will do. I try to reduce the level of terror and fear that students feel but in reality, the fear is present no matter how much I try to distract them from the sound of the plane. I’m aware we could be bombed at any moment and they also know that.

“Today’s children are the next generation but they have some psychological problems and distance themselves from education. There are students who reached the ninth grade who cannot read or write well.

“There are other very big challenges facing us. Schools are almost destroyed, there are no windows in the classroom, the seats are broken and not enough for the students. We can’t provide school supplies like stationery, bags and notebooks. Teachers have been working voluntarily without pay for several years. Because of the waves of displacement schools are overcrowded.”

Najah*, 13, saw her brother lose an eye while at school:

“I was in lessons in the village school when the bombing happened. The second wing of the school was demolished and many children were injured. Many of the children were separated and my 12-year-old brother lost his eye as a result of the bombing. My father helped him to the nearest hospital.

“We were displaced several times and I dropped out of school for three years, but now I am back in school. I was studying with my friends but now I lost them – here I do not know anyone but two or three other new students. My dream is to become a teacher or a doctor. I love school because it is a source of learning to read and write and beautiful things.