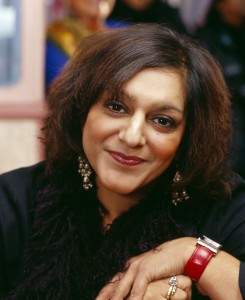 Thousands of British Asians gathered all across the country to celebrate their newly appointed titles given by the Queen herself, in this year’s New Years Honours list.

Comedy actress Meera Syal was amongst the horde, who has been recognised with a CBE for services to Drama and Literature in the Queens New Years Honours List 2015.

Famous for her appearance in Goodness Gracious Me, as well as other popular British Asian films, Meera Syal was a pioneer in revolutionising the face of the Asian community living in Britain.
Also receiving CBE’s (Commanders of the Order of the British Empire) was James Caan for services to Entrepreneurship.

Caan has also been recognised for his charitable services through the James Caan Foundation where he has raised significant funds for social enterprise.

Having left school at the age of 16, British Pakistani Caan began his own recruitment businesses and is now considered one of the wealthiest Asians in the UK.