Legoland Windsor has long been a family favourite for a day out and with 2015 bringing a whole new area, Heartlake City, as well as many updates for existing attractions there is even more reason to visit this season.

Whilst British weather can be unpredictable, as we arrived at Legoland Windsor the sun was shining and the first thing that struck me was the friendly staff making you and your little ones welcome on every attraction.

The first area we visited was the popular Lego City, where the famous traffic attractions become part of this improved area of the park. The Lego City Driving School is bigger and better than ever with more child-size Fiat cars as well as a new lane on the test course. Novice motorists (aged 6-13) looking to pass their Lego City Driving School test are now briefed in a bright and colourful newly re-vamped training area before taking the wheel of a Lego Brick shaped mini electric powered Fiat car. With an increased capacity more drivers can get behind the wheel than ever before and under six year olds can get in training too at L-Drivers. The attraction, Boating School was fantastic and very popular with our toddler! This also has a new look featuring more boats and more Lego models, featuring surprising animations and audio affects. Then it was time to jump aboard a fleet of fire engines to put out a raging fire at the Fire Academy and take a flight on Balloon School. 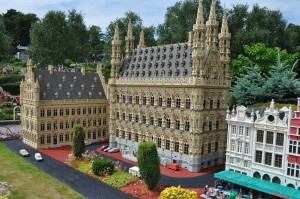 Now time for a ride in Adventure Land’s own Atlantis Submarine, where we were submerged underwater and able to view over 2500 amazing marine creatures. Some of these included Cownose Rays and Zebra and Nurse sharks surrounded by nearly 100 stunning lego models. Duplo Valley was our next stop and this is the perfect area to take your under 3’s. This area was a pre-school paradise of imaginative fun and play. There was a fantastic new water play area which brings to life the colourful pre-school building toy range – Lego Duplo with its popular characters, animals and vehicles and features a mix of toddler friendly rides, creative wet play areas and spectacular water features. We were also really impressed with the helicopter ride and play park Brickville – a perfect stop to let your little ones run around and let their imaginations take over. This new interactive play village allows them to fight fires at Brickville fire station, stay safe in the Duplo Valley Police station, bake cakes at the Clown’s cake shop and be the fairest of them all in their very own princess castle!

The new addition to Lego Land for 2015 is Heartlake City and this is where we headed after lunch. Here you step into the Lego Friends world of Mia, Andrea, Stephanie, Emma and Olivia. Featuring a mix of character meet and greets, a live action music show starring all five friends, a Heartlake City Mall themed area and new attractions. Heartlake City is also home to the Pirates of Skeleton Bay Stunt Show. It is recommended to check show times daily and arrive twenty minutes early to get the best seats for this high octane, fun fuelled entertainment with plenty of thrills, spills and water-based action. In Heartlake City you’ll also find the station for the Heartlake City Express, a train ride through a Safari landscape populated by hundreds of Lego safari animals. 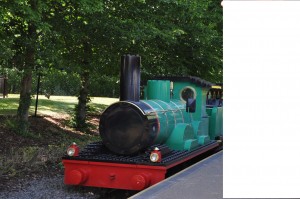 As well as these areas there are also fantastic attractions to explore in the Kingdom of the Pharaohs, Knights’Kingdom, Land of the Vikings, Pirate shores and of course the infamous MiniLand! This is a miniature Lego world where no detail is too small to be captured, Miniland recreates famous international landmarks in 40 million Lego bricks – from the major sites of London to the Angel of the North, the Canals of the Netherlands to the Presidents of Mount Rushmore. A range of animated features bring Miniland to life, from the changing of the guard at Buckingham Palace to trains, planes and boats. A complex system of 14 computers using 300kms of underground cabling keeps everything moving. In 2014, Paris was brought to life in miniature featuring staggering recreations of the city’s most iconic landmarks – including the Louvre, the Arc de Triomphe and a 4 metre high replica of the Eiffel Tower. A truly amazing sight.

What a thoroughly enjoyable day, we certainly can’t wait to return to explore more of Legoland’s fantastic attractions.