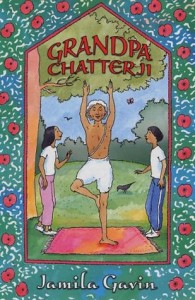 Welcome to the Culture Corner! This month I have picked five books for children and young adults that recognise the ethnic diversity within Britain, and how multicultural authors celebrate South Asians by bringing the cultures to the pages of children’s books. It is important to encourage young people to read as much as they can outside of school to allow them to learn more about the world that they live in, and the different types of people within it. Reading also encourages creativity as well as develops their use and understanding of language, helping them with communication. All of the books mentioned below are available to purchase online and in book stores. Happy reading!

Silly Chicken by Rukhsana Khan
“Ami loves her chicken better than me. She calls her Bibi, I call her silly.” Rani’s mother loves Bibi the chicken more than her. At least that’s what Rani thinks. That silly chicken gets all the attention and Rani just can’t stand it. Even worse, Bibi seems to know she’s the favourite! But when Bibi disappears one afternoon, Rani realizes how sad her mother is. Will Rani’s jealousy disappear, too?

Set in rural Pakistan and illustrated with lively, expressive illustrations, this original take on sibling rivalry is hilarious and poignant at the same time. 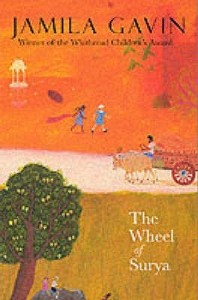 The Wheel of Surya by Jamila Gavin
A brother and sister’s epic journey to independence spans India and England in war and peace.

India, August 1947: Fleeing from their burnt-out village as civil war rages in the Punjab, Marvinder and Jaspal are separated from their mother, Jhoti. Marvinder has already saved her brother’s life once, but now they both face a daily fight for survival.

Together they escape across India and nearly halfway around the world to England, to find a father they hardly know in a new, hostile culture…

(Un)arranged Marriage by Bali Rai
MANNY WANTS TO BE A FOOTBALLER. OR A POP STAR. OR WRITE A BESTSELLER. HE DOESN’T WANT TO GET MARRIED…

‘Harry and Ranjit were waiting for me – waiting to take me to Derby, to a wedding. My wedding. A wedding that I hadn’t asked for, that I didn’t want. To a girl who I didn’t know… If they had bothered to open their eyes, they would have seen me: seventeen, angry, upset but determined – determined to do my own thing, to choose my own path in life…’

Set partly in the UK and partly in the Punjab region of India, this is a fresh, bitingly perceptive and totally up-to-the-minute look at one young man’s fight to free himself from family expectations and to be himself, free to dance to his own tune. 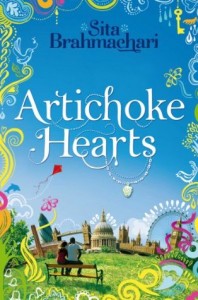 Artichoke Heart by Sita Brahmachari
Twelve-year-old Mira comes from a chaotic, artistic and outspoken family where it’s not always easy to be heard. As her beloved Nana Josie’s health declines, Mira begins to discover the secrets of those around her, and also starts to keep some of her own. She is drawn to mysterious Jidé, a boy who is clearly hiding a troubled past and has grown hardened layers – like those of an artichoke – around his heart. As Mira is experiencing grief for the first time, she is also discovering the wondrous and often mystical world around her.