British Indian Author Saurav Dutt has released a new book about the life and career of the legendary actor Ambitabh Bachchan. The novel follows a twelve year old boy... 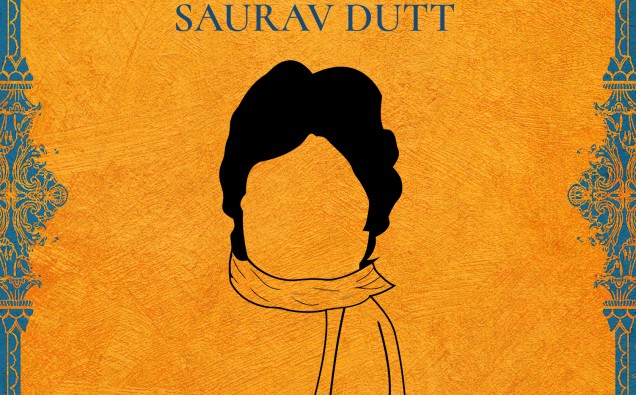 British Indian Author Saurav Dutt has released a new book about the life and career of the legendary actor Ambitabh Bachchan. The novel follows a twelve year old boy from the poorest district of Mumbai, his cinematic obsession with the star and his dreams to help bring his family out of poverty, often emulating the angry young man of “Zanjeer”, the tragic antihero of “Deewar” and the entertainer of “Amar Akbar Anthony.”

The boy even gets the chance to meet his idol, but is forced to come to terms with the reality of his aspirations, the complexities of a modern India, a judgmental society as well as following his own journey to overcome adversity. The book promises to be an illuminating analysis of the nature of Indian, Asian, and global stardom and overcoming one’s own challenges.

Dutt, who released a tribute to the Jallianwala Bagh massacre at the House of Lords in England on its centenary in April last year, says:

“Amitabh Bachchan is a superstar in the truest sense of the word. His name and face have taken over the hearts of minds of people around the world for over 50 years. I’m hoping this uplifting story will be a real treasure trove for fans and newbies alike, exploring an industry where fashions change every Friday and understanding why and how Amitabh Bachchan has been synonymous with cinematic entertainment for so long.

The novel will not be purely about the star but talks to the shape of the modern India, how poverty, class and religion fits within the shape of dreams of this rising superpower, as well as the virtues of Bachchan himself, which the boy in the story wishes to emulate.”

“Most of [his] virtues — like professionalism, determination, a never-say-die attitude — are traits which one can follow to achieve the ‘Excellence’ everyone aspires for. I wanted to talk about the farming crisis in India, how someone like Amitji sails through different phases of life — the good, the bad and the ugly, about how hopes and dreams-especially in today’s India-require unwavering determination, willpower, patience and a disposition to take it all in one’s stride.

This story is not just about Amitabh Bachchan, but also about a young, vibrant and ambitious India-encapsulated through the character of a boy who is told by everybody that success if not for people like him.”

Sandwell hospital and BHT limit visitors due to covid-19