Winners for the first Scottish Asian & Business Awards 2018 are revealed

Winners for the 13th Scottish Asian & Business Awards have been revealed after a glamorous, black-tie awards ceremony was held at the Crowne Plaza Hotel on Tuesday the 18th... 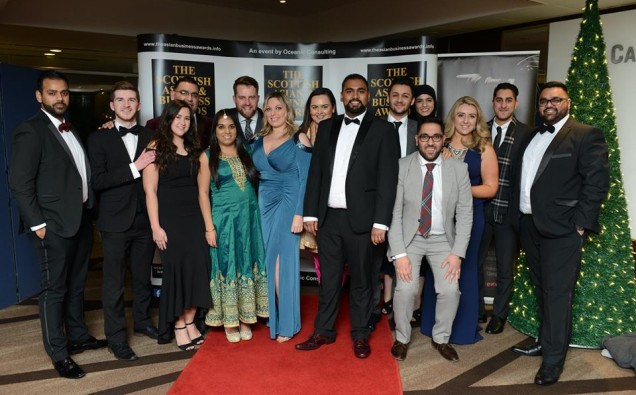 Winners for the 13th Scottish Asian & Business Awards have been revealed after a glamorous, black-tie awards ceremony was held at the Crowne Plaza Hotel on Tuesday the 18th of December in Glasgow.

The much-anticipated annual award ceremony began its journey in 2006 and exists to honour and celebrate the hard work of Asian professionals, community groups, activists and businesses that have succeeded, excelled and persevered in the Scottish Asian community. Categories this year were wide-ranging, honouring entrepreneurs and professionals across private, public and third sectors.

The event was organised by the UK’s leading ethnic consulting and promotions organisation Oceanic Consulting, finalists at the Asian Media Awards 2017 for their impact in the Marketing & PR Sector. Oceanic Consulting are responsible for some of the most successful and well-known events in the country, including the British Indian Awards, the Curry Awards, and the British Muslim Awards.

Irfan Younis, CEO of Oceanic Consulting said: “We would like to congratulate all winners and finalists rewarded at last night’s 13th Scottish Asian & Business Awards 2018. The 13th Scottish Asian & Business Awards produced some memorable and hilarious moments, honoured some of my personal role models including Bashir Ahmed and the Chhokar Family, and gave thanks to those hard-working and brilliant people who cement Asian culture and presence across all sectors of industry in Scotland. Fantastic night with top people, amazing food and continued legacy & I already can’t wait for year 14!”

With 29 awards presented on the night, the winners are as follows:

Franchise of the Year: Suhail and Tasnim Rehman (Home Instead Senior Care)

New Business of the Year: Tauseef Masud (What the Fudge)

Woman of the Year: Kay Singh (University of Glasgow)

Garage of the Year: Farhan Ahmad (M I Garage)